Our trip to the Negev (Old Hebrew word for “South”) was like a step back in time, a sojourn through the same Wilderness that the Nation of Israel passed on their way to the Promised Land. Maybe that sounds rather imaginative but the Desert Region has a tendency to stay the same.

Our first day took us through the Jezreel Valley and along the Coastal Plain where the ancient Philistines dwelt on the foothills of the Judean Mountains. I had heard much of this place through Bible stories, such as the wars fought between Israel’s first kings, Saul and David. When the Twelve Tribes first entered into their several year-long campaigns to acquire the Land God promised, they were unable to wrest the Coastal Plain from the Philistines. Possibly due to a lack of obedience and faith when they saw their enemy as somehow superior to the God who just freed an entire Nation and led them for over 40 years. 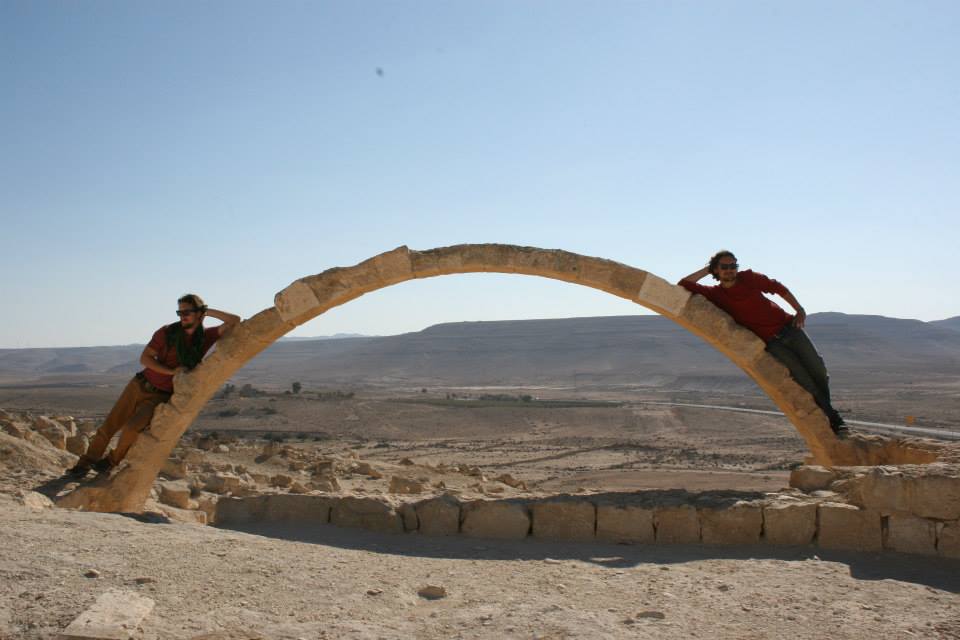 As we exited the Coastal Plain we visited one of Israel’s Air Force bases, which part of has been transformed into a Museum for the public to enjoy. Through our guided tour, given by one of Israel’s own soldiers, we caught a glimpse into the type of warfare conducted since Israel’s formation by seeing some of the very planes flown in the past. Everything from rickety canvas-covered metal frames from the Independence War to the Modern American-supplied F-15s, Israel has used it all.

In more than one war, the outcome of Israel’s victory was determined by the quality and intelligence of Israel’s Air Force. During the Six Day War, Israel under the threat of Egyptian invasion, led a preemptive strike thus completely cleaning Egypt’s kitchen free of any and all planes that were stationed at their airbase.

We ended the first day with my very first camel ride across the Negev. Well maybe not the entire desert but when you have looked forward to that moment ever since you discovered what a camel was and you have that epic moment

of riding into the setting sun, the sands of time stretch ever onward.

Our guide, Gilboa, led our team along the border of Egypt and taught us how the Bedouins lived in such an arid country. He also reminded us of the journey Moses and the Israelites took through that very same Wilderness, including their blunderings and triumphs. It truly is an empty place, but this only helps to appreciate that fact that God took better care [than] we may realize.

That night we were hosted in the Camp of “Two Wells”, an Eco-settlement you might call it, due to its simplicity and lack of modern plush comforts we enjoy so much. Beertayim, as it is called in Hebrew, is actually an ancient settlement that was station on the trade route leading from Egypt to Kadesh-Barnea and to honest, I enjoyed the “roughing” life of communal meals inside a large tent sitting on cushions beside your fellow travelers before a large platter of rice, hummus and unlimited pita, then off to gaze upon the last rays of light on the horizon next to a warm campfire and hot tea as you welcome the deep space filled with the beauty of the heavens.

« Back to Blog
The friendships, the fun, the sites are very permanent in our memories.
The B. Family, FL, Seminar Participants